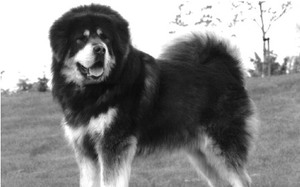 The Tibetan Mastiff will make its debut at the world-famous Westminster Kennel Club Dog Show at Madison Square Garden in New York City.

(NAPSA)—One of the country’s longest-running sporting events is in for a change.

Four newly recognized breeds will make their debuts at a dog show that has thrilled fans since 1877. The Plott, Tibetan Mastiff, the Beauceron and Swedish Vallhund will all grace the iconic “green carpet” in New York City.

They’ll be part of the 132nd Annual Westminster Kennel Club All Breed Dog Show. To see these breeds up close and personal, tune in to the live broadcast of the show on USA Network on Monday and Tuesday, Feb. 11-12, at 8 p.m. ET. Here’s a closer look:

Plott—Hound Group
A hunting hound of striking color that traditionally brings big game to bay or tree, the Plott is intelligent, alert and confident. Noted for stamina, endurance, agility, determination and aggressiveness when hunting, the powerful,
well-muscled, yet streamlined Plott combines courage with athletic ability. The Plott easily traverses various terrains with agility and speed. Loyal and eager to please, the Plott is an aggressive, bold and fearless hunter.
(From the Plott Standard.)

Tibetan Mastiff—Working Group
The Tibetan Mastiff is considered by many to be the stock from which most modern large working breeds have developed. Generations of working as a guardian of women and children has produced a temperament of fearlessness, tempered with patience, loyalty and extreme stubbornness. The Tibetan Mastiff is a powerful dog
with a broad and impressive head, and a typical expression of watchfulness. (From the American
Tibetan Mastiff Association.)

Beauceron—Herding Group
The Beauceron is an old and distinct French breed of herding dog, bred and selected for its aptitude to herd and guard large flocks of sheep, as well as for its structure and endurance. The ideal Beauceron is a well-balanced,
solid dog of good height and well-muscled without heaviness or coarseness. A formidable dog, intelligent, easily trained, faithful, gentle and obedient, he demands respect wherever he goes. (From the Beauceron Standard.)

For pictures and information about all of the 169 breeds and varieties that will appear on the telecast, log on to the Westminster Web site at www.westminsterkennelclub.org.

The Westminster Kennel Club is America’s oldest organization dedicated to the sport of purebred dogs.  Established in 1877, Westminster’s influence has been felt for more than a century through its famous all-breed, benched dog show held every year at New York’s Madison Square Garden. The show is America’s second-longest continuously held sporting event. Westminster will stage its 132nd consecutive show on
February 11-12, 2008, nationally televised on USA Network. For more information, log on to www.westminsterkennelclub.org