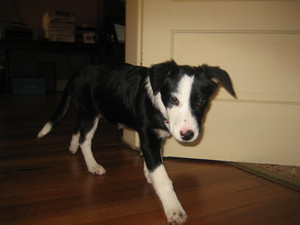 CANON CITY, CO - Hale Pet Door has reached a milestone in the 27-year-old history of the company.  On Aug. 21 Hale welcomed the 1,000th group to its Rescue Rewards program, which donates to animal shelters, private rescues and other pet-support organizations. Home At Last Animal Rescue of Berkeley, CA, became the 1,000th Rescue Reward partner and will receive an additional $100 gift from Hale Pet Door, on top of the regular donation amount.

“Welcome, Home At Last Animal Rescue.  We are very excited about signing up our 1,000th group,” said Jen Munch, Hale’s Rescue Rewards coordinator.  “It means our company has been privileged to help homeless pets at 1,000 different rescues and shelters all over the country.  Many of these groups have received numerous donations from us.  The bottom line for all of us at Hale Pet Door is that our donations can help rescue pets get adopted.”

Rescue Rewards operates thanks to purchases of major Hale Pet Door products, such as pet doors, security barriers and ramps.  Customers who have adopted a pet (even in the past) receive a discount of 10 percent, and then the company makes a donation for a matching amount to the group of the customer’s choice.  Organizations must be legitimate, tax-exempt non-profits with a federal tax ID or 501c3 status.

Customers can order online at halepetdoor.com or over the phone at 800-646-4773, or can order through the company’s franchises in Glendale, Ariz., and Denver, Colo.  Several independent dealers around the country who sell Hale Pet Doors also honor the Rescue Rewards discount/donation program.

Hale Pet Door began the Rescue Rewards program several years ago with most of the donations going to animal rescue groups in Arizona.  The program started to expand in late 2009 when the company uploaded a newly designed website, giving customers the opportunity to state the name of the rescue organization that they adopted from.

“We had about 215 groups that we had donated to back in December 2009.  And now, here we are at 1,000.  It has been wonderful to sign up new groups all over the country on pretty much a daily basis,” said Munch, who volunteered for many years with Pueblo Collie/Sheltie Rescue of Colorado.

Munch touches base personally with every organization when it receives a first-time donation, and is in contact with all of the groups throughout the year.  Organizations are given the opportunity to share Hale Pet Door product brochures and Rescue Rewards flyers with supporters and adopters.  As groups spread the word about Hale’s American-made pet doors, they have the opportunity to receive more and more donations with each customer purchase.

“I expect that by the end of this year, we will have donated about $100,000 since Rescue Rewards began,” Munch said.  “All of us with the company truly believe it’s a privilege to help animal shelters, rescue groups and deserving pets in this way.”

To learn more about Hale Pet Door and its Rescue Rewards program, go to www.halepetdoor.com or call the corporate office in Canon City, CO, at 800-646-4773.