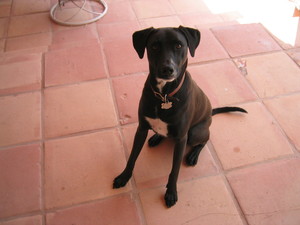 We adopted Boston from the ASPCA in Phoenix, AZ. He blended immediately in with our 3 cats. He was a two time returned dog to the Pound with the previous owners saying he didn't get along with other animals. Had he been returned again, he would have been put down immediately. I've never had such a wonderful devoted pet in my life and he loves other dogs and cats as well. I'm so thrilled now to have had him nearly 12 years and he was 7 months old when we got him. He has trained our other dog who came along later everything she knows. Linda H.